How to Secure Your Front Door From Being Kicked In

Here I want to talk about fortifying and securing your front door to make it as impenetrable and burglar proof as it gets for a regular house.

First let’s just start with your standard security for making your front door much more secure and fortifying it and just making it a lot harder for a home invader or a burglar to get through.

The first thing I want to talk about is something called Door Armor. 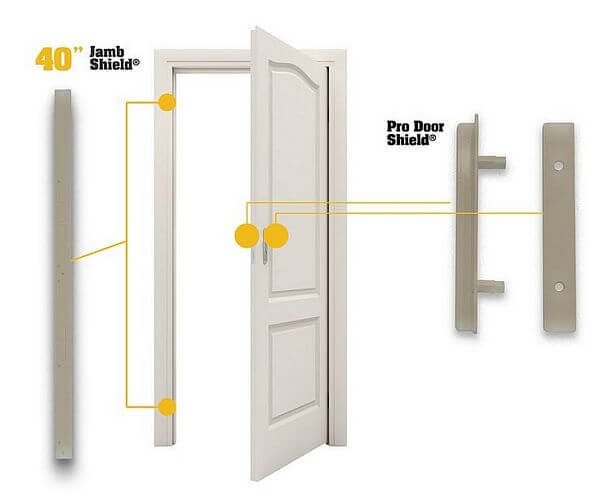 What this does is makes your door almost impossible to kick in!

What you may not know is that a front door in the vast majority of homes can be kicked in in literally seconds. I mean one kick, two kicks, even from a small person, for the most part will kick it right in. Even with a deadbolt or even with any sort of lock.

So Door Armor makes it virtually impossible to kick your door in. 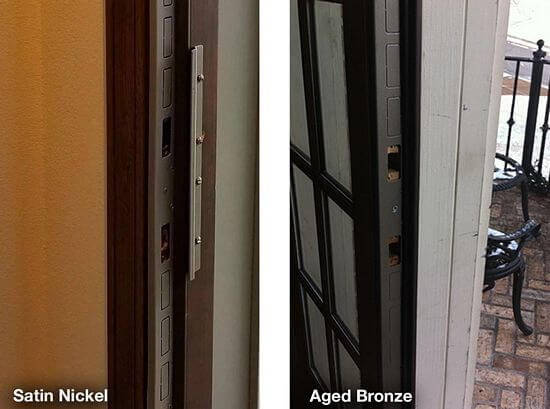 It’s metal and there are different slots in order to adjust it.

All I want to say is that getting something like this will definitely make your door much, much, much, more secure. Almost impossible to kick in.

I would be willing to bet right now your door is very easy to kick in.

Another thing you can do in lieu of this, if you’re really on a budget or it won’t fit on your door for some reason, is you replace the tiny screws that come from the factory. They’re very easy to kick in.

If you replace these screws with three inch hardened screws, they go all the way into the frame of your door, and they make door much more difficult to kick in.

I would actually run a few up and down the entire frame. I’ve done that in other doors in the past before I had Door Armor. But at the very least, you want to do that. We’re talking five minutes of your time and a few cents, maybe a dollar to buy the screws.

You want to put at least three inch hardened long screws in to your door jamb, if you can’t get Door Armor, but I would highly recommend Door Armor. 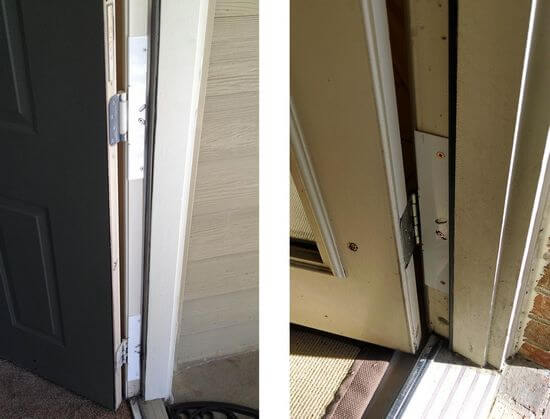 Again if you can’t afford it, or it doesn’t fit, I would highly recommend replacing all the screws in your hinges with longer hardened three-inch screws.

You definitely want to have a deadbolt. On my door I have a double-sided deadbolt.

You may not know what that is. If you’re looking at the door from the outside you use the key for the unit, from the inside you use a key. The reason I have that is because I have windows in my door.

Another thing that the Door Armor is doing is that it also covers the deadbolt. 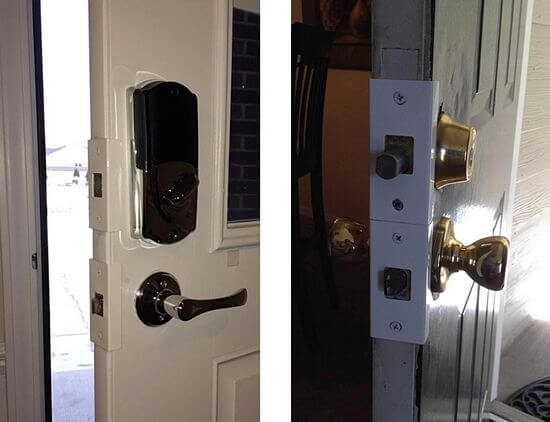 That is another layer of protection that makes your door almost impenetrable.

So I would highly recommend Door Armor. Again like I said, it doesn’t always fit. It takes a little bit of room to put it in there, so maybe it doesn’t fit in your door. Or maybe it’s just not in your budget, even though it’s not that expensive.

But at the very least replace all of your screws in your hinges and then your handle and your deadbolt and your frame with three inch hardened screws. They will make it very difficult to kick your door in. Not as much as fortifying with Door Armor, but still it’s about as good as you can get.

Another thing you can do is window film. There is security window film that you can put on any windows to make them very difficult to break through. It’s not impossible but it slows somebody down.

If your window is really small and somebody couldn’t climb through it, then you may not need the window film, but I would recommend it anyway. You don’t even have to put it just on your front door. You can put it on windows that might be easy to get through, such as those on your first floor.

Even if you live somewhere where there are hurricanes and tornadoes, it just helps a lot from your window shattering from even natural causes as opposed to someone trying to get in.

But either way, It’s going to either prevent or significantly slow down a home invader or a burglar, so they can’t get through your windows.

Put in Door Armor or use longer screws. Make sure you have a double-sided deadbolt, put window film on windows and that basically makes your door very fortified. It’s almost impenetrable at that point.

A couple other things i would like to say about the front door security is just make sure you’re always locking your door. It seems so simple but so many people don’t do it. I don’t care if you’re home, if you’re just going out for a few minutes, if you’re leaving for the night.

Another thing is don’t leave a key hidden outside. A lot of people do this. I don’t think people do it quite as much anymore, but it’s still something people do a lot.

Burglars know all the hiding spots, they know where to look. It’s just not worth hiding.

If you absolutely have to hide one out there, really hide it! Don’t put in any place where it’s obvious at all. Make sure it is truly hidden and no one is just finding that thing without knowing exactly where it is. Even change the hiding spot every once in a while, just in case.

That’s how you make your front door burglar-proof!