Home Burglary Statistics That Will Frighten You!

Let’s talk about some home burglary statistics and home invasion facts that you probably don’t know.

It’s scarier than you probably realize!

Let me start by saying beforehand that the exact numbers do change from year to year, decade to decade, different sources and so on.

They may have changed for the better or for the worse, depending on when you read this article, but the overall median numbers will likely be relatively unchanged or at least the overall statistics and the trends are gonna be somewhat similar. Either way you get the gist.

So let’s get to some stats on burglaries. 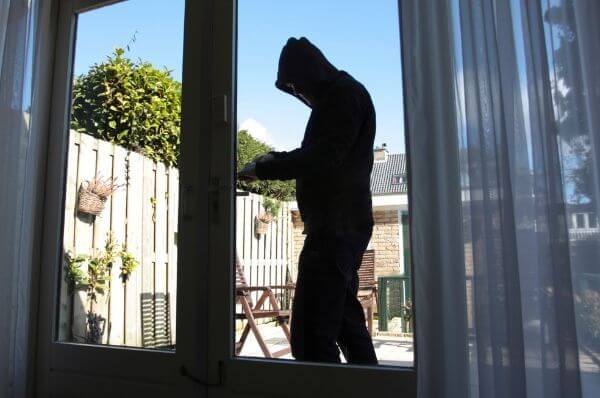 A burglary occurs about every 13 seconds or so in the United States. That’s a lot! There are over 2.5 million burglaries each year across the United States and the vast majority of those are home break-ins.

Just think about that!

Two and a half million burglaries, one every 13 seconds or so. That is a lot! Break that down into minutes and hours and you can see how often that is happening.

An average burglary takes around 10 minutes to get in and out of your home.

Also keep in mind that around 11 minutes, give or take, is a rough estimate of police response times, generally speaking. Could be more, could be less depending on where you live.

If you think about that, that means the intruder can do whatever they want to do in your house and they’ll still be out of there before the police can get there, for the most part based on response times and statistics.

And also that’s if you were able to call the police in the first place! It might be the middle of the night, or you’re not home or you’re in some room where your phone’s not, and many other reasons.

So that’s just assuming you were able to call the police the very second someone breaks into your house.

But they still could be in and out and do whatever the heck they do before the police get there.

That’s just incredible to even think about it!

And then the value lost per burglary is roughly $2500 on average. However I would argue that the loss of of your peace of mind and other psychological damages are far more than the actual property loss.

Just imagine knowing that someone broke into your home, they invaded the place where you feel the safest, especially if you have kids or a spouse. It’s just a very scary thought that they could haunt you and your family for years to come.

Another thing is where they enter.

So most burglars do enter through the front door and the next two entry points that are fairly even between them are the back door and first floor windows.

Those three places, front door, back door and first floor windows combine for roughly eighty percent of all burglary entries.

All the other ways that anybody can get into your home make up the other 20 percent combined, with the garage being the next highest among them.

Let’s talk about the next statistic. 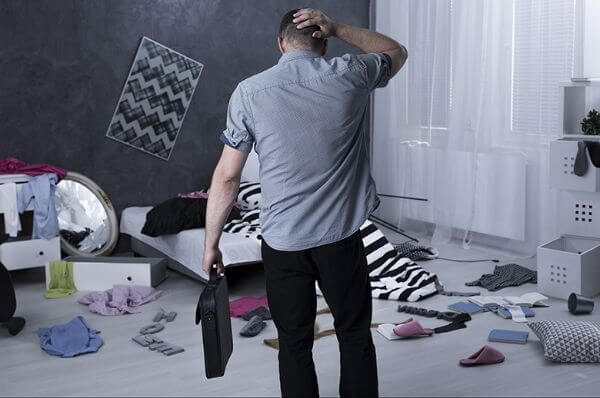 This one statistic will likely surprise you. I know it definitely surprises me and many others.

It’s also one that you should absolutely keep in mind.

Roughly 65 percent of burglaries happen between 6 AM to 6 PM and the most common among those are between 10 AM to 3 PM.

Yes, that is during the day!

Almost everyone just always assumes that these things only happen in the middle of the night, but the reality is that they happen more often during the day than they do any other time.

Also, someone is home about 30 percent of the time during a burglary.

Almost a third of the time a burglar is entering a home with someone there. This could be you, your wife or husband, your kids, whatever.

That’s just truly frightening to me.

And on top of that, more than 50 percent of homes suffer a repeat burglary within a month of the initial offense.

The invader now knows that you’re an easy target, so they come back.

What I would say to that is don’t be an easy target.

I could go on and on but I think you get the point.

Burglaries happen a lot, they can happen to anyone and there’s a lot of very scary statistics with these burglaries.

So please for goodness sake, go to this website and find out how to secure your house and keep these people out of your home.

I just want to say don’t be a victim, be proactive on this.

Nobody thinks will ever happen to them until it happens to them.

That’s with so many things, not just burglaries and home invasions. Think about so many things where people say it will never happen to me.

Please share this information. You may help a family or a friend or somebody.